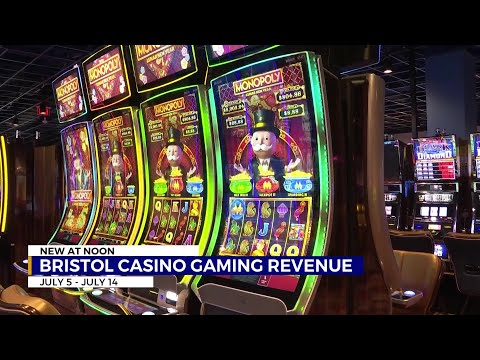 Children’s art tiles that once decorated the walls of Bristol Mall will be making their public return with the Bristol Casino, as confirmed by Andy Poarch, the spokesperson of Hard Rock and the Bristol Casino.

The decision came just a week after the Bristol Casino had its grand opening and according to Poarch, it was due to the casino group’s consideration that the art tiles are a huge historical and nostalgic part of the local community. That being said, these art tiles which were painted by children in the area back in the late 1990s will remain to be shown to the public at the Bristol Casino for some time in the future.

Speaking on behalf of the Bristol Casino, Poarch acknowledged that the local Bristol community has been carefully preserving these artistic tiles throughout the years.

“We recognized that there was a lot of history with the tiles and a lot of nostalgia surrounding the tiles as something that was and is a great point of pride with the citizens of Bristol,” Poarch said.

“We heard countless stories of folks who spent their childhood coming to the mall and who saw the tiles and painted the tiles, and it was just a real point of local community pride.”

In addition to that, Poarch also reassured that the group has carefully preserved these artistic tiles during the casino construction.

“During the construction phase, we made significant efforts to ensure that they would be preserved and safeguarded. In fact, we even encased them in a protected wood structure during construction,” he added.

Following the casino’s grand opening, Poarch confirmed that they keep receiving positive feedback from the local community regarding the group’s decision to showcase the art tiles.

Thus far, the spokesperson claimed that he managed to identify one of the current casino workers was part of the art project. Aside from the casino employee, Virginia House Delegate Will Wampler, who was crucial with the law to allow the casino to be built in the area was also one of the kids in the project.

“As you can imagine, there have been a number of folks who come in or will come in who actually maybe painted one of the tiles. So, we’re encouraging folks. Please come in. Please take a picture of your tile, post it on social media,” Poarch said.

“In addition to the history of the tiles, there’s a neat current connection to the project as well.”

When asked whether or not the casino group plans to add a plaque or anything that could explain the context behind of the artistic tiles, Poarch said that there were no plans but surely will consider it in the future, as it could help introducing people with local’s history.

“We don’t have any plans to add a plaque or any kind of description of the tiles, but that’s something that we may take into consideration if it seems like it would be helpful in describing them and in kind of illustrating what their connection and history is to the folks who drew them,” Poarch added.