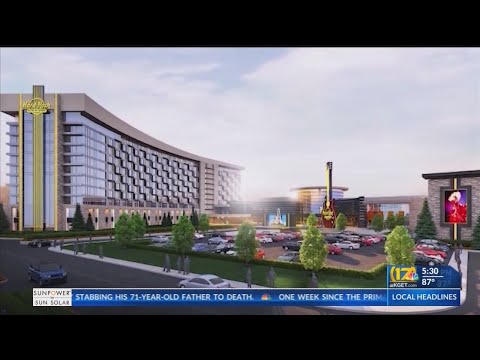 Kern County, California has stamped its approval for the Tejon Indian Tribe as the operator of the Hard Rock Hotel and Casino following the signing of the tribal gaming compact by Governor Gavin Newsom. The casino will be built on the 320 acres of land the tribe received from the federal government. It is the first time the tribe has received land in 150 years.

“These decisions were necessary and significant steps toward the development of a tribal homeland for our Tribe, which has been landless for more than 150 years,” said Octavio Escobedo III, chair of the Tejon Indian Tribe.

“From the start of our relationship with the United States government in 1851, our Tribe has fought for a homeland for our people,” they continued.

The casino requires $600 million to build and will be filled with 3,000 slot machines and table games. It will also feature a 400-room hotel, RV park, several restaurants, a convention center, entertainment venue, and spa.

The casino will attract a total of 4,900 jobs including 1,000 construction and 2,000 permanent high-paying jobs. The jobs are targeted toward locals and thus will lead to a booming economy in the area.

“Today, Governor Newsom made that dream a reality by moving the Tribe closer to the promise of self-determination through economic development and prosperity for its 1,200 members,” said Escobedo III.

The casino resort is located just 25 minutes south of Bakersfield. It is near the 166 Mettler exit off Highway 99.

Jim Allen, chairman of Hard Rock International in Florida celebrated and congratulated the tribe for the recent signing of the gaming compact.

“This is a historic day for the Tejon Indian Tribe and we congratulate them on today’s announcement,” said Allen.

“We look forward to working with the State, the Tribe, and Kern County officials to create over 4,900 jobs as we bring our unique brand of casino entertainment to the region.”

The tribe is not intending to use all 320 acres of land for their casino. It will be divided into multiple public buildings for the tribe’s purposes including administrative offices, a health care facility, housing, and other infrastructure for tribal members. The casino resort will only occupy 52 acres of the land as the tribe said.

The tribe formed a partnership with Hard Rock International in 2019 for the casino project in Kern County. The project has received plenty of support from public representatives, community groups, labor and business groups, as well as law enforcement.

Additionally, the tribe anticipates a long-term, rewarding partnership with the state. It also appreciates the support from Kern County, the Kern County Board of Supervisors, and Hard Rock International, as well as Seminole Tribe in Florida, the owner of the resort.

The Tejon tribe thank Seminole as it “stood shoulder-to-shoulder with us to help make our dream of restoring our land base a close-at-hand reality.”

The tribe is “committed through an agreement with Kern County” as written in a press release from the governor’s office. The County will receive around $218 million of the revenue made from the casino for the next 20 years as part of the agreement.