The Greatest Casino Jackpot Wins of All Time 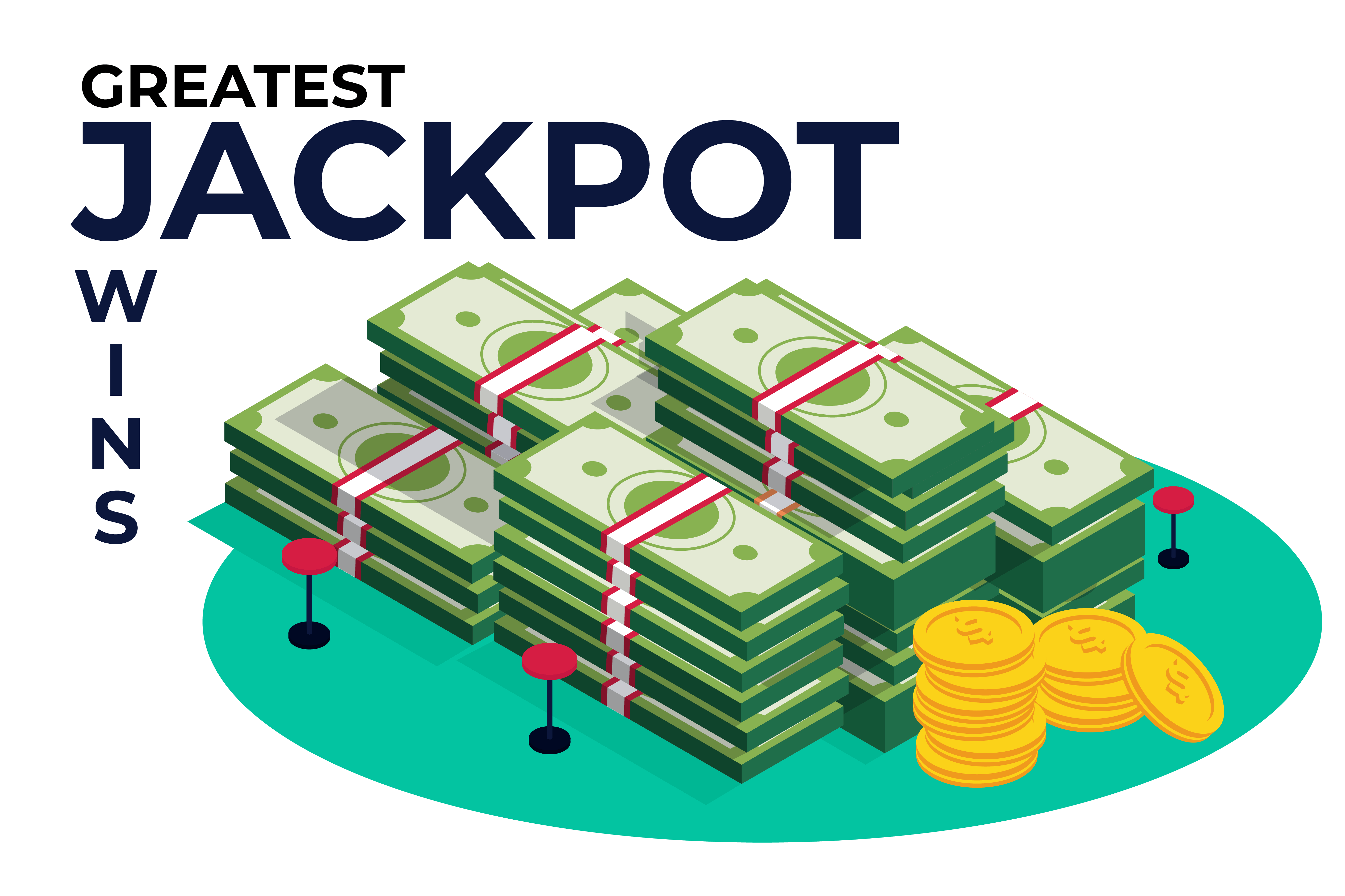 The gambling system works in a way that the house always wins long term. Otherwise, casinos would not exist. However, we’ve also witnessed cases where players left the casino with millions in their pockets. Chances are quite rare, but some lucky people actually became multi-millionaires after hitting massive jackpots. We are here to tell their stories. Ladies and gentlemen, enjoy the list of the true players who have hit the biggest casino jackpots of all time.

It is very easy to understand and play slot machines. You just insert the coin, press the button, and wait until the reels stop spinning on a screen. The majority of the spins will result in a losing combination, but the heart-fluttering thrill of landing the once-in-a-lifetime combo that will change your life forever is just inexplicable to those who have never spun those reels. Some people have genuinely won, and they have won big. Keep reading to see the greatest jackpot wins in the history of the industry.

Where else would we begin the list but Las Vegas? The city of dreams secured a then 50-year-old Hawaiian a fairytale life following a record-breaking win. John Tippin lived an ordinary life working at the US Postal Service.

He wanted to take a rest from a busy work week and decided to head over to Las Vegas Hilton to have some fun while spinning the reels. He staked $9 into the Megabucks slot and just a few minutes later saw the magic happen. The winning symbols lined up in a way he could have never imagined as an ordinary postal service worker suddenly became a multi-millionaire. His $11.9 win shattered the previous record jackpot payout by one million bucks. Well done John!

Although you’d normally think the opposite scenario would happen, it was a Les Vegas-born woman who has seen her casino dreams come true in New York. Yes, you heard right, Las Vegan Suzanne Henley stepped into the newly-opened New York-New York Casino as she ended her standard shift at work and headed home.

Suzanne had a gut feeling the new gambling hub would offer an enormous payout shortly after the opening. And boy was she right. She inserted a $100 bill on the Megabucks slot and you have just one shot to guess what happened next. She won millions. To be more precise, she won $12,510,549.90. Do you generally believe your intuition? How many times has it let you down? Well, it didn’t let Suzanne down as her intuition was $12.5 million worth. The event occurred in mid-April, 1997.

The previous winner on the list happened to be in New York, but it’s time for us to head over to the gambling capital of the world. After all, we’ll spend the most time in it in this specific article. Unlike the previous one, this winner is not a Las Vegas native. She is, however, lucky to have a relative in Sin City.

A woman who wanted to stay anonymous paid a visit to her niece in January 2011. Once in Vegas, she couldn’t resist inserting a $6 coin into the Megabucks machine at the Aria Casino and Resort. There is nothing unusual in this story, right? How many tourists and Las Vegas visitors have done the same thing? The difference between them and this woman is almost $13 million big. Can you imagine a better trip?

7 – The Rampart Lucky Local Wins $14.3 million and Donates It All to Charity

We’re still at Megabucks. This time, the story is about a generous man who did something the vast majority of other humans wouldn’t. As you can see in the paragraph title, the Rampart Lucky Local won $14,282,544.21.

However, he is different from most of us in something. He did not utilize the money to satisfy his needs and wishes. He was rather thinking of a greater cause and donated it to his local church. As a result, a new church was built instantly and has served the locals ever since. Now think, how many of you would have done the same in his place?

We stick to the same slot machine. The lucky person was a Las Vegas-native this time. An unnamed woman was given a $20 free credit as a welcome guest in the M Resort in Henderson, Nevada.

Again, this credit was nothing new in the industry. Almost all casinos, both land-based and online give away much more generous bonuses, offers, and promotions. At resorts, in particular, it is somewhat tougher to decide where exactly to take advantage of the credit. You have an option to play slots, use it as a lunch/dinner voucher, or chase a discount for a hotel room.

This woman was actually on her way to utilize the credit as a food voucher, but changed her mind and inserted it in the Megabucks slot. What happened next changed her life once and for all as she claimed a whopping $17.3 million jackpot. What will we learn from this example? Next time when you receive a free-play ticket from a casino, go and use it. On most occasions, you will win nothing, but on the other side, you have nothing to lose either.

We simply have to tell the story of Elmer Sherwin. Without genuine proof, we would never believe it happened, but it actually did. Elmer probably became the luckiest man alive back in 2009 when he won $21,147,947.00 on Megabucks.

What made him the luckiest of all winners? The fact he had won another multi-million jackpot almost twenty years ago. What are the odds, honestly? As impossible as it sounds, Mr. Sherwin has won a multi-millionaire jackpot twice. The one from 1989 occurred at the Mirage when the jackpot went up to $4.6 million. Unfortunately, the second win happened when Elmer Sherwin was 92-year-old. He had two years to enjoy the fortune before passing away at the age of 94.

4 – A Hit on Megabucks just before Breakfast Brings $22.6 million to Californian Woman

We’re still at Megabucks. It was May 27th, 2002, when the Californian resident Johanna Heundl decided to quickly test her luck on a Megabucks machine before having breakfast at a nearby restaurant.

She was not even looking at the screen when she heard the noise coming from the slot. She looked back to see a $22.6 million jackpot win. Not a bad sight for the start of the day we reckon. We bet she paid breakfast, lunch, and dinner for the entire restaurant.

We’re slowly getting close to the very biggest jackpot wins in the history of gambling. The third spot is held by a retired flight attendant who won $27,580,879.60 playing, you guessed it, Megabucks.

Much like the aforementioned Elmer Sherwin, this 67-year-old woman had previously won a big jackpot. She hit a $680,000 jackpot on a Wheel of Fortune machine in October 1998. Just a month later, she lined up three Megabucks symbols at Palace Station. She had 62 credits left before pulling the spin that turned her and her husband’s lives upside down.

The second place is reserved for Cynthia Jay-Brennan. Unfortunately, her fairytale story had a tragic ending. Back in January 2000, a cocktail-waitress attended a birthday party organized in favor of her mother-in-law. A 37-year-old Cynthia decided to test her luck on a Megabucks slot at the Desert Inn.

The ninth spin of that specific game completely changed her life as it showed the then record-breaking $34,959,458.56 jackpot win. Cynthia’s reaction was natural. She quitted the job, organized a wedding, and decided to live her life to the fullest by traveling the world with the money she had won.

Sadly, the plot had a shocking turn just several weeks after the massive win. Cynthia was hit by a drunk driver in a tragic car accident. The accident left her paralyzed and took her sister’s life.

1 – The 25-year-old Breaks all Records at Excalibur Casino

It would be crazy if we hadn’t finished the list with a win on Megabucks. Still known as the biggest-ever progressive jackpot win brought an anonymous 25-year-old as much as $39,710,826.36 in 2003.

The young man was waiting for a basketball game to begin and decided to kill some time by playing the Megabucks machine at Excalibur Casino in Las Vegas. He deposited $100 into a video slot only to see a $40 million prize moments later.

At the age of 25, the man made a smart call, choosing to receive $1.5 million every year for the next 25 years. Can you imagine that someone pays you millions every single year? Also, if you don’t know what to do before your favorite team’s game starts, this story may serve as an ideal solution.

What is the biggest casino jackpot win of all time?

The biggest casino jackpot win of all time occurred in 2003 when a 25-year-old won $39.7 million on the Megabucks slot machine. He deposited $100 and won almost $40 million. Solid return of investment you reckon?

What slot machine pays out the highest jackpots?

The answer is Megabucks by all means. Almost all of the top-ten casino jackpot wins in the history of gambling occurred on this machine.

Which casino paid the biggest jackpot win of all time?

The biggest casino jackpot win was paid at the Excalibur Casino in Las Vegas. It happened on March 21st, 2003 when a 25-year-old man won $39.7 million on Megabucks.

What happens if you hit a multi-million jackpot?

If you land a multi-million jackpot, you will only receive part of the money right away. You can choose whether to be paid the rest in full or in annual increments. The winner of the highest-ever jackpot chose to receive $1.5 million every year for the next 25 years.