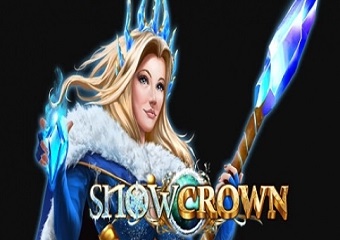 Get $20 FREE at 888casino and Play the Snow Crown Slot for Real Money!

The medieval times were a compromise between beauty and cruelty. Power was gained through blood and signified by a crown. Those days may be long gone, but you can still relive the experience and fight for your crown through the Snow Crown slot game. Set in a medieval background, this game by DGC takes you back in time to the days that gave rise to modern civilization, and the trip back into time is both fun and lucrative.

Here is a comprehensive review of the Snow Crown slot game.

How to Play Snow Crown Slot

You don’t need to shed any blood or chant spells to win at the Snow Crown slot game. This is a game of chance and luck, just like any other slot game. Here is a step-by-step guide on how to play:

The Snow Crown slot game is inspired by a past world that we only read in books and watch in thriller films. There is no single or definite theme, but the dominating theme seems to be medieval power wars.

To this end, the game’s main character is a fair queen with a crown made of ice. The other characters read like the who’s who of the medieval world, including owls and wolves wearing gold crowns adorned with shiny diamonds, shields, spears, and more! The picturesque setting is made complete by a background dominated by snow and the bitter cold, which is reminiscent of the Northern Kingdom from everyone’s favorite medieval-themed film!

The medieval-inspired symbols and characters would be incomplete without a melody to set the mood, and Bla Bla Bla Studios do not disappoint. The game’s producer also utilizes some of the latest gaming software technologies for a flawless user experience. To this end, the symbols are crystal-clear, and all motions on the game play out like a Hollywood movie.

As mentioned, this game makes use of symbols that are mostly associated with medieval times. The main symbols include a fair lady with a crown (presumed to be the queen), crowned owls and wolves, shields, spears, the moon, and lots of snow. Other symbols include the standard poker characters K, Q, J, and A, and scatter and wild symbols.

The concept of playing this game is simple: combine at least three similar or compatible symbols to trigger a payout and win! Each symbol has a value distinct from the other symbols, and so it matters which symbols you manage to land. The main symbols carry the most value, while the secondary symbols (poker character symbols) mostly function as fillers. This game also features scatter and wild symbols.

The wild symbol is interchangeable with virtually every other symbol, except the wild. It especially comes in handy when you have at least two similar or compatible symbols and need a third one for a winning combination. The scatter symbols, on the other hand, help unlock free spins and other bonus rewards.

The Snow Crown slot game has a range of in-game features with the players’ best interests at heart. However, it is still important to note that the available range of features is a bit limited compared to other slot games. Most notably, this game does not feature multipliers, bonus rounds, or progressive jackpots.

However, this game makes up for its lack of certain features using the following three features:

Snow Crown slot game may not have many rewards and prizes to give out, but it has plenty of free spins to go around. However, players have to win their fair share of free spins by landing at least three scatter symbols, as explained above.

One of the best things about the Snow Crown slot game is that you can play it on the go. This game has a ready mobile version that is compatible with virtually all mobile devices, regardless of the brand or operating system – however, the game requires the latest mobile versions of HTML, JS, and Flash Player technologies for a smooth gaming experience. The mobile version is also just as good as the PC and slot machine versions.

How much can I potentially win when playing the Snow Crown slot game?

Players can win as much as 12,000 times their initial wagering amount. This translates to $300,000 for the maximum bet of $25, and $3,000 for the minimum bet of $0.25. You also stand to win numerous smaller prizes as your luck for the ultimate prize builds up.

What are my chances of winning the Snow Crown slot game?

Snow Crown slot game does not have an exact returns-to-players rate, but the estimates put it above the 95% mark. Additionally, the game has instituted several player-friendly features, despite the lack of features such as multipliers and bonuses. To this end, players win more often than not, but it takes some luck and smarts.

Is the Snow Crown slot game available for free?

Yes, players can play the Snow Crown slot game for free in its demo version. The demo version doesn’t require real money deposits, and it doesn’t offer real-money prizes, either. It should also be noted that the demo version is limited in its range of features.

Anyone can become King or Queen at the Snow Crown slot game and pocket the numerous prizes up for offer, including up to 12,000 times your initial bet amount. This game is fairly easy to play, and the background story makes for a thrilling playing experience.