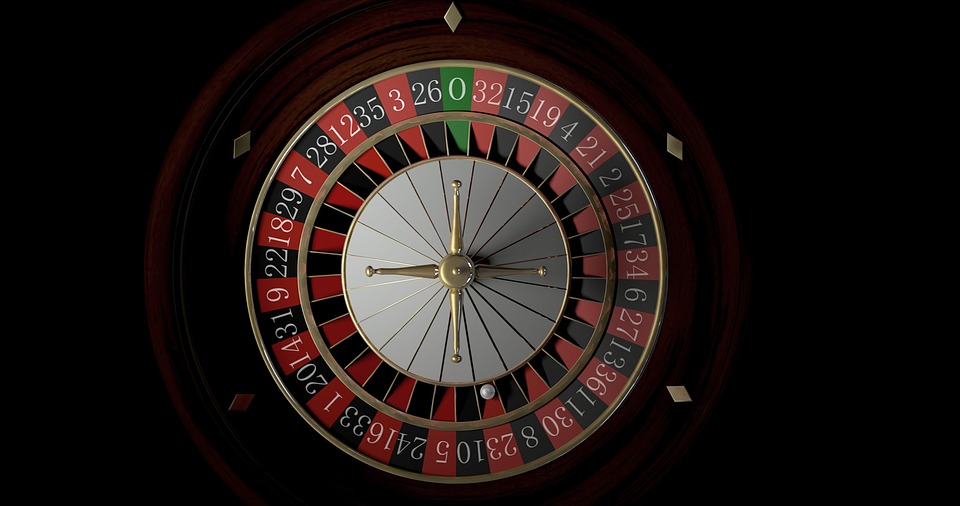 It isn’t in vain that roulette is referred to as the ‘devil’s game.’  Because there is no better explanation as to why any player would sell his/her lifetime belongings and wager it all on a single roulette spin. That’s exactly what Ashley Revell did at Plaza Casino and Hotel in Las Vegas. Even though Ashley’s win doesn’t match the biggest casino wins, the sheer gut to bet it all in a true all-or-nothing wager is a captivating story as narrated in this article.

The idea of betting it all started when Revell and his friends were having drinks at a bar. One of his friends came up with the idea of betting it all on a single roulette spin at Las Vegas. As funny as it sounds, the rest of the guys were in agreement with the idea. Despite the idea being brought about probably under alcohol influence, Ashley picked up the idea the following day and started working towards what would have become the craziest gambling ever. According to Ashley, what might have fueled his desire for the ultimate bet was the fact that he wasn’t married and didn’t have kids at that moment.

With only $10,000 to his name, Ashley didn’t have a lot to lose. If his ultimate bet didn’t win him money, he could have just begun his life again. He started selling his personal items including a Rolex, golf clubs, a BMW, even his cricket sweater. He also sold some of his sentimental belongings at auction or during trunk sales. Among the most valued items he sold was the first edition of Cassell’s History of the Boer War which sold for a fortune. Others include soccer trophies which he received while playing in high school.

To fund his gambling dream, Blue Square, a UK online sportsbook, donated some money to Ashley on the condition that he would change his second name to Blue Square which Ashley later did. Ashley admitted being a gambling fan, but his maximum stake was only £20. Therefore, nothing could explain his choice for the ultimate wager.

Throughout the planning stages, Revell’s parents were against the gambling idea. His mother described the whole thing a silly idea, and instead, Revell should think of settling down. His father’s opinion was that Ashley should find a job just like other kids. He went on saying that Ashley was a bad boy, a naughty boy. However, nothing could have stopped Ashley at this time since he was in for the big bet. With a total raised sum of $136,000 including a £40,000 saving for a house he was to build, Ashley left for Vegas.

His first casino choice, Hard Rock Hotel, turned down his request after negotiations broke down. Moments later, the media (Sky TV) started reporting “The Bet Las Vegas Wouldn’t Take.” But undeterred with his mission, Ashley’s request was accepted by Plaza Hotel and Casino who were banking on the public value the event would bring to them. The casino even offered him a special roulette table and a free suite room from which the broadcasting would be done live through Sky Network.

Walking in rented Tuxedo accompanied by his parents, friends, and people from TV and radio, Ashley brought in the cash which he exchanged for $1,000 yellow-colored chips. He then proceeded to try out some low stakes warm up rounds before the bet of a kind. The warm round was a bad omen as it amounted to a loss of around $1,000. During this time, he was still not sure whether to place on red or black. At the last minute, Revell settled for color red, a decision that was influenced by a phone poll which a majority of the voters were in favor of the color. After composing himself, Ashley was ready for the bet. The instructions were read out to him loudly from the pit boss and the croupier, and he agreed to them. The croupier spun the ball and Ashley moved his chips to the red color outside bet. The room was filled with different feelings; Ashley’s mother broke down in tears. Likewise, the crowd cheered in jubilation and anxiety, shouting “Go red.” The ball bobbled around the wheel several times before coming to rest on Red 7. At this moment, Ashley had made it! He had just doubled his money to $270,600. He breathed a big sigh of relief as the croupier paid out his bet. A bottle of champagne was popped, and the crowd continued with the celebration.

Ashley dream had become a reality. However, he didn’t make a follow-up bet as it the norm with other players who win big in gambling. Before leaving the table, Ashley tipped the croupier $600, cashed in the rest of the chips, and walked away. In honor of the player, the casino allowed him to sign the felt of the roulette table which would be hanged as a display in the hotel lobby.

Ashley’s gambling expedition is marked with unforgettable experiences. In an interview after the ordeal, Ashley said that he didn’t know what forced him to carry out that crazy bet. He continued to say that he had the gut feeling of wining and not a single moment that he ever thought of losing. At that interview, Ashley expresses the agony that would have gone through had he lost his bet. He sounds shocked by his own decision which would have left him with no clothes to change. However, he expressed gratitude to his friends and family who stood by him at that moment. Asked whether he would do it again, Ashley is reluctant of trying such a crazy bet.

What is he doing now?

Currently, Ashley lives at West Malling, Kent, with his wife Tamara Spierenburg, their son Flint, and daughter Scarlett. He manages a kitchen tiling business and hangs out with his family. He has taken the stance of a professional poker player savoring his celebrity status thanks to the numerous appearances on TV shows.

Ashley’s story has redefined what betting beyond limits is. It is a captivating and shocking real-life story. And if you thought roller coaster is the only thing that can spark anxiety and thrill, think again. Ashley raised the bar, and his story will go down in history as the man who made the craziest bet.