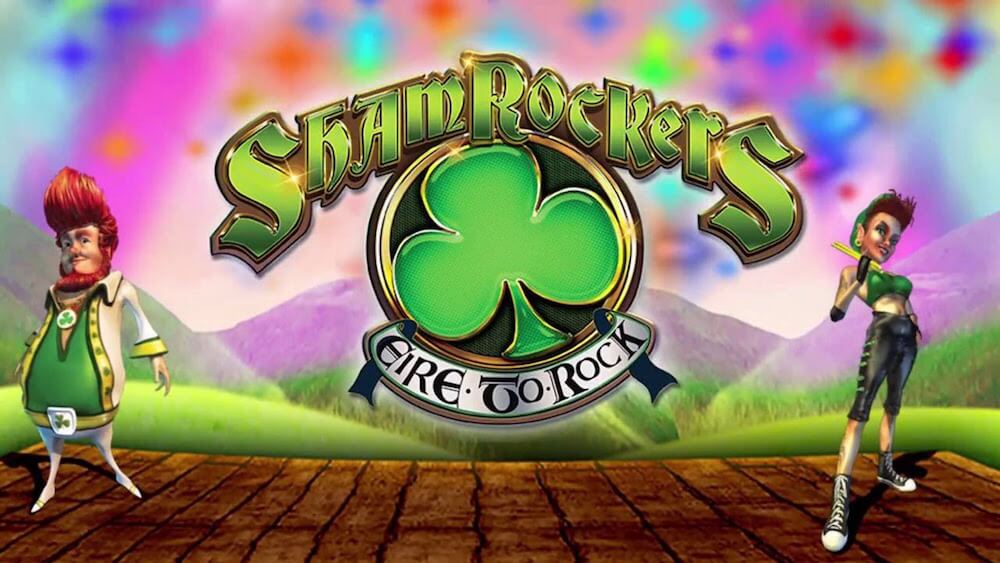 Shamrockers Eire to Rock slot is powered by IGT gaming, and it is a 5 reels, 3 rows, and 20 paylines video game. It is playable from as little as $0.20 per spin to a high of $400 per spin, making it the perfect game for both the low and high rollers.

The slot carries an Irish-luck theme with an exciting rock twist as leprechauns inspire its music. It was released in 2016 and has continued to gain popularity over the years mainly due to its generous fixed jackpot of 500x your bet during the base game.

Shamrockers Eire to Rock slot also provides a lot of great features as outlined in this review.

Shamrockers Eire to Rock slot has four high-value icons, which are the band members, and they are the female drummer, red-bearded singer, a shades-sporting guitarist, and the fiddler (with a red beard). The low-value symbols are made up of standard playing card letters A, K, Q, J, and number 10.

The wild icon in this video slot comes as a Clove Symbol Symbols, and it can substitute all other features except for the scatter to form a winning combo. Shamrockers slot scatter pops up in the form of a Ticket Scatter and helps to activate the slot’s bonus round.

You can always win generous prizes by collecting five wilds on the reels, and there are two other bonus games in this slot: Dynamic Stacks and Free Spins.

Four leprechaun rockers are selected and stacked across the reels. That gives you a high chance of winning bigger prizes, and it forms more winning combos because they are high-value icons.

The Dynamic Stacks is only available during the base game round.

You need to land three or more scatters anywhere on the second, third, and fourth reels to activate the free spins. The slot rewards you with four free spins and stacked characters across the reels during the spins, as follows:

You can also receive a golden VIP ticket during the last spin and start all over from the first spin. The ticket only pops up on reel five.

Shamrockers Eire to Rock has a fixed jackpot of 500x your bet when playing the base game. You can always win more by triggering the bonus round.

The winning return to player of Shamrockers Eire to Rock slot varies from 94.19% to 96.30%. It is a high to a medium variance video game.