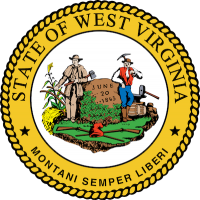 West Virginia online gambling became legal in July 2019 and will offer both Online Sports Gambling och Online Casino Games. See what The Mountain State can offer you, below! 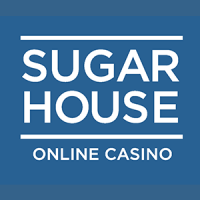 Although West Virginia doesn't feature any online casino yet, you can sign up at SugarHouse to gamble online in New Jersey and Pennsylvania!

West Virginia is a betting friendly state in most aspects, and it was the 5th state to officially roll out regulated sports betting. As it is the case in most US states, the Mountain State lawmakers finally made their move after the favorable ruling by the SCOTUS which did away with the PASPA. While online sports and casino betting haven’t officially been approved, hopes are high for the official launch of online gaming in WV.

Taking into consideration the fact that the state lawmakers had already

passed their sports betting law in March 2018, about two months ahead of the SCOTUS ruling, online betting is a ground that will likely be broken soon enough.

Unlike other states which have been toying with the idea of legal, regulated sports betting, the Mountain State took action knowing the tax benefits that would come thereafter. Today, we take a look at the gambling landscape of the state before, now and what locals should expect in the future.

Betting in West Virginia was quiet for several years. Even though there was some history of horse racing with the related pari-mutuel gambling, little else was available. At least that was the case, keeping the law of the land in mind.

From the 1990s, things changed when a bill authorizing casino gambling was introduced. Four racetracks majorly benefited from this; Chester, Charles Town, Mardi Gas, and Wheeling Island. These four tracks became the go-to venues for slot machines and other video games, along with live and simulcast racing. Even as the change to racino from racetracks was a welcoming source for additional revenue for these places, they were still missing casino table games, which were the most lucrative of all.

The casino table games were approved in 2007, creating an added success for the racetracks. Besides the regular casino games, there are poker rooms that offer tournaments daily plus cash games. A fifth casino was launched after the approval in 2008, and the Greenbrier Hotel and casino launched in 2010.

Apart from racetracks and casino venues, however, poker gamers, however, are still facing tough luck in West Virginia State. Under the current laws, there is no carve-out for social games. There is also little movement towards regulated online poker, but there’s still hope for this sector. With sports betting recently approved, who knows what could be next? For a fact, should West Virginia join a regulated poker market, there will be numerous partners to choose from.

When sports betting was finally legalized in 2018, state officials worked fast to ensure that by the start of the NFL season the same year, sports betting activities would be up and running. Licenses were issued almost immediately, and Hollywood Casino was given the honor of placing the first sports wager in the state. It was then followed by New Cumberland’s Mountaineer Casino. The next step from there is online betting in WV, which we’re all waiting for!

Furthermore, betting options in the state are also supplemented by charity bingo betting, raffles, and lottery.

The Legality of Various forms of Gambling in WV

Here’s a quick look at some of the legal and soon to be approved forms of gambling in the state:

What the Future Holds for West Virginia Gambling Laws

It is quite impressive to see that the Mountain State followed through with their initial intent to allow regulated sports betting for its residents. After the SCOTUS ruling, their already passed bill slingshot them into the market, following the footsteps of Nevada, Mississippi, Delaware, and New Jersey. Better yet, what makes things even more exciting for the locals is the fact that there’s already an outline in the bill that will pave the way for mobile betting as well.

As for online betting, it had already been confirmed that the FanDuel brand would be the pioneer of online sports betting in West Virginia; they (FanDuel) were just waiting for the green light to kick things off.

Other operators like William Hill were also at the ready to form partnerships with local casinos, just like they’ve done in New Jersey and Nevada so that they can offer online betting services. However, delays due to technical issues have been cited, perhaps because the law for online gaming wasn’t ready to be set in stone. Even so, we expect that by September 2019, mobile betting services will be up and running as well as the room for locals to place bets online.