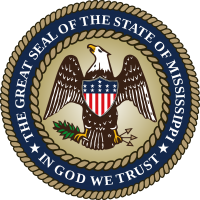 Mississippi gambling regulations has not yet been put in place, but with a rich history of gambling there is a high possibility that they will regulate the market in the near future.

While things are changing pretty fast in the Magnolia State’s casino gaming expanse, it was sort of a tug of war before gambling was legalized. Given that the state of Mississippi has a reputation for gambling from centuries ago, it is quite an exciting adventure to walk down memory lane guided by the rich history, similar to Nevada and New Jersey Casinos.

The natives of the land played several games that closely resemble some of the ones we have today. These games acted as pastimes for the natives, and they would often place wagers on opposing teams as they enjoyed them. Creativity showed through games such as stickball, which seems to be some cross between today’s version of football and lacrosse.

Two teams tried to score against each other by hurling a ball with the use of a special stick into the opposing team’s goal post.

Wagering on these games created arenas for the birth of gambling and led to the current state of active gambling in Mississippi in the present day. In fact, even before Mississippi was officially declared a state, there were lotteries and racing taking place back in the 1700s! Spare a few minutes of your time and read our post for a thorough breakdown of the state of casino gambling in the Magnolia State.

Is online gambling legal in Mississippi?

Mississippi gambling regulations does not allow online casinos yet, but there is a big chance that they will regulate the market in the future.

What is the legal gambling age in Mississippi?

The legal gambling age in Mississippi is 21+ for casino games and 18+ for bingo.

Before we look at the current state of casino gaming in Mississippi, why don’t we take a look at where it all began?

It is no secret that gambling was rife back in the early days of the state of Mississippi. Hundreds of boats enjoyed revenues generated from offering the residents of the State gambling arenas to enjoy themselves in the 1700s.

Around 1861 the Civil war adversely affected any form of gambling in the State, as expected. Consequently, the Riverside casino business went into a temporary depression of its own. The prohibition era ended up lasting for the better part of the next century and never really got rekindled the spark it once had.

In 1990, the Mississippi Gaming Control Act was passed. The Act officially legalized the operation of riverboat casinos provided they were located in coastal and riverside counties and that the residents of the respective counties agreed on the same. That way, Mississippi became the third U.S state to legalize riverboat gambling, and the business thrived for a little over a decade.

In 2005, however, the second most detrimental event (after the civil war in the 1800s) that held back the development of casino gambling in Mississippi occurred. The massive Hurricane Katrina that washed away some of the most foundational casinos to the gambling industry in the State. In 2005, Gulfport and Biloxi casinos were part of the tragedy that hit Mississippi as the storm destroyed almost every casino located at the shore.

The effect that the superstorm had on gambling in the State was very heavy, and it later led to the legalization of onshore casinos in order to avoid the same thing from happening again. However, these shoreside casinos were to be located within 800 feet of the shoreline.

After the reinterpretation of the wire act in 2011, there was leeway for the expansion of State Lotteries. A year later, State Representative Bobby Moak, attempted to take things a notch higher by introducing the Mississippi Lawful Internet Gaming Act (HB306). He aimed to create room for the regulation of interactive gaming within the state, especially for online poker.

He tried pushing the bill twice (in 2012 and 2013) in the house of representatives, but Mr. Moak’s efforts were futile. For the third time in 2014, he tried again and an Internet Gaming Taskforce was formed in 2014 by the House Gaming Committee to investigate online gaming. Nevertheless, even after the third and fourth consecutive tries, this act never made it past the committee stage.

While Bobby Moak’s efforts turned to dust after every single try, there was still hope for the state lottery. Even so, house representatives made sure that it was for charitable purposes only. In January 2017, Alyce Clarke, a house representative of the Magnolia State, tabled the HB136 and HB74 bills, which aimed at establishing a statewide lottery for the sake of fundraising for the Mississippi Hope Scholarship Trust.

While the two bills were mostly similar, the Gaming Commission of Mississippi was given the mandate to regulate lottery operations by the HB136. HB74, on the other hand, gave the people the power to accept or reject a state-wide lottery through an election. Later on in April the same year, Philip Gunn, the speaker of the house established a committee to further assess the feasibility and profitability of a state lottery based on the revenue and tax proceeds.

In 2018, the federal law that banned states from participating in all forms of gambling was repealed. The infamous Professional and Amateur Sports Provision Act (PASPA) of 1992 was finally overturned after years of being challenged. As a result, new gambling regulations were approved by the Gaming Commission hence the onset of legalized interactive betting. This was, however, set on the condition that a player must physically be on the location of a licensed state casino while placing any wagers.

Following this, the state lottery was finally approved, and SB2001 was passed into law by the State Governor of Mississippi. Consequently, the Mississippi lottery Commission was assigned a board of directors to supervise the newly approved state lottery in October 2018.

A request for proposals (RFPs) to gaming operators who seek to operate in the state was published. This was after the announcement of the commencement of instant ticket and multi-state lottery games that are scheduled for launch in December of 2019 and quarter one of 2020, respectively.

Where Can I Play Mississippi Gambling Games?

These casinos offer hundreds of games like slots and video slots, as well as live poker. Casino gambling is only allowed in land-based casinos already licensed in the state. The minimum age for locals to play casino games in Mississippi is 21.

There was limited evidence to support the profitability of online gaming in Mississippi after an investigation carried out by the Internet Gaming Taskforce in 2014. However, after the repeal of PASPA, efforts are being made to introduce online gambling in the rest of the state. As for now, the law only allows interactive gambling while one is physically present at a licensed state casino, and bettors are to exercise caution when it comes to online gambling with offshore casino operators.

There was no state lottery in Mississippi prior to the repeal of PASPA. However, the first launch of instant ticket games is scheduled to take place in December 2019. This will be followed by multi-state lottery games, which are to be launched in the first quarter of 2020. Requests for proposals (RFPs) have been issued for bids to operate and offer draw and instant games in Mississippi. Non-state lotteries are now allowed provided that they are for non-profit and that the Secretary of State has registered the charitable lottery.

While the state seems rigid in legalizing online casino gambling, especially before 2018, when PASPA set the pace for most states, it has always been lenient when it comes to sports betting. Besides, the state is also lenient towards fighting matches between dogs for some reason.

The new era, however, has an optimistic aura when it comes to online gambling as the state cannot keep on holding back the online casino gambling industry as its neighboring states continue to profit from it. The infrastructure in the state may not allow for online gambling any time soon though offshore gaming operators may intervene and push online casino gambling forward in Mississippi.

The main reason the state is reluctant to legalize interactive gambling in the rest of the state is presumed to be because of the high revenues collected from the foot traffic received at the licensed state casinos. This falls in line with the legalization of online gambling only while being physically present at these casinos. However, things could possibly change because the gambling market has always been dynamic. Stay tuned to our platform for the latest updates on any new information that pops up.