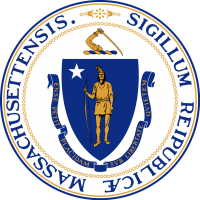 Massachusetts has come a long way in casino regulations, but online casinos are not yet allowed. However, we expect a change very soon.

Massachusetts has not regulated online casinos yet, but players can play for sweepstakes at Chumba Casino instead.

Virgins Most Wanted – Skies have never been friendlier

Unibet levels up in NJ & PA

It took a lot of time before modern gambling was formally accepted Massachusetts Casino Operators. Like many other states, the state lottery and bingo were the first casino arcade-style games to be approved before the establishment of brick and mortar casinos. The only thing that remains, however, is the approval of online gambling to truly revolutionize the local industry beyond the options that are currently available, like Pennsylvania and New Jersey online casinos have.

Interactive betting will provide a lot more options for fun and excitement locals in the state, other than what’s offered in land-based facilities. But why haven’t the state legislators seriously considered interactive gaming? Today, we’ll take a look at the progress that the state has made thus far towards gambling and the changes that we expect to see in the coming years.

Is online gambling legal in Massachusetts?

Massachusetts has not yet regulated online casinos.

What is the legal gambling age in Massachusetts?

The legal gambling age for Massachusetts is 18+ for lotteries and bingo, and 21+ for casino gaming

History of Casino Gaming in Massachusetts

Like most states in the USA, there has been a lot of back and forth in the gambling laws in Massachusetts. For the lottery games, for instance, have a history that goes as far back as the colonial times and the law kept banning the practice for a range of reasons and then reinstating the practice again. The modern state lottery, however, was established in 1971 and the first draw was held in the year that followed.

For charitable gaming, whist and bridge fundraisers were allowed in 1932 while bazaars and raffles became legal in 1969. Beano, on the other hand, became legal in 1971 but had been legalized before in 1934 before being banned in 1943 after being associated with racketeers. For other forms of gambling, like the casino games that we know today, nothing significant happened until the 21st century.

Back in November 2014, officials announced a ballot question put to state voters to prohibit casinos in Massachusetts, but it was unsuccessful. This meant that the Gaming Act 2011 would continue to be effective within the State.

The MGM casino was expected to open in 2017 with Wynn Resorts set to be completed later in 2017 due to a lengthier projected construction process. The establishment of the two casinos was expected to improve the economy of the state by providing jobs to the citizens and a source of revenue to the state as well on completion.

The State announced it would adopt the British Columbia Lottery Corporation’s Game Sense responsibility gambling program in February 2015. Through this system, players would have the capacity to access vital information to help them make informed decisions, receive the correct advice and play responsibly. Game Sense would be incorporated into the current system operated in Massachusetts. On top of that, the new Plainridge Park Casino would be the first casino in MA to incorporate the Game Sense system followed by MGM and Wynn facilities.

In April, Senator Jennifer Flanagan later introduced a legislation which would authorize the state lottery to provide its services online. The bill dubbed S151, gave the commission powers to determine the type of games it can offer as well as advising the director of the lottery concerning its administration and operation.

On the same month (April 2015), another bill S191, was introduced by Senator Michael Rush to allow the lottery to offer online games of skill as well as online tickets. The online games platform would be developed by a private developer who would work within the lottery’s existing framework to provide a wide range of products, including poker and DFS games.

A new casino, Plainridge Park Casino, was launched on 24 June 2015 with a total of 1250 machines. The casino was to be opened daily with the state expected to earn half of the year’s revenue.

Fast forward to September, a hearing was held by the Joint Committee on Consumer Protection and Professional Licensure to evaluate several bills seeking to expand the state lottery. The bills discussed included S191, introduced in April by Senator Michael Rush. Lottery market consultants supported the matter while ticket vendors opposed the introduction of online ticket sales.

After the launch of the first casino in June, legislators finally started pursuing the bid to legalize internet-based gambling. In December 2015, A Senate Bill to allow state-licensed casinos to offer online gambling was introduced by Senator Bruce Tarr. The bill suggested that the Massachusetts Gaming Commission would have the power to identify the gambling forms allowed within the state.

At the beginning of the following year in 2016, the State Lottery launched a request for information concerning the purchase of an iLottery system in a move to launch its services online. The new system will be expected to implement an online and mobile sales platform that offers new games within the existing retail locations

In May 2016, The Massachusetts Gaming Commission voted against allowing an integrated casino resort license to Mass Gaming and Entertainment in South East Massachusetts. The license application process for region C began towards the end of 2014 where the Commission completed a thorough review of the favored parties’ application in April 2016. The final review consisted of 5 detailed submissions to be evaluated by the 5 commissioners. The State Lottery later announced they received 20 responses by April to their request for information concerning iLottery systems.

The Joint Committee on Consumer Protection and Professional Licensure later voted in favor of authorizing the lottery to conduct games online. SB151 was introduced in April 2015 and has received renewed interest following the lottery’s request for information regarding online expansion in January 2016. This took place in June 2016

When September, came, the interactive gaming topic was raised once again, but this time, on a more serious note. A study panel was then established to investigate interactive gambling and identify the various means of regulation. A representative from the Gaming Commission by the name Stephen Crosby suggested a bill to regulate all forms of interactive gaming in the same piece of legislation. However, that was as far as the subject proceeded, with no real traction for further consideration.

Massachusetts citizens later showed just how unwilling they were to expand the gambling industry in November 2016 when they voted against the measure to amend the Expanded Gaming Act 2011 that was to allow another slot parlor to be established within the state.

Things, however, proceeded forward for the lottery because in December 2016, IGT secured a contract with the State Lottery to provide a new central gaming system and develop an interactive platform to display results and general lottery information.

In a bid to encourage safer gambling in the state, the regulation commission made a deal with the casino operators to establish “play management” programs in January 2018. These programs aimed to allow gamblers to set wager limits and automatic alerts in a means to solve gambling addictions.

After a long wait, MGM officially opened its Springfield casino on 24 August 2018 and paved the way for the launch of other commercial casinos, to give locals more opportunities to enjoy gambling in the state. On the side of the law, however, there was no significant push to try and expand the gambling laws all through to 2019

Where Can I Play Massachusetts Casino Games?

Below is a tabulated highlight of licensed casinos where residents can play casinos in MA:

Which Massachusetts Casino Games Can I Play??

Some of the games that you can take part in include: slots, video poker, live poker, craps, roulette, lottery, blackjack, horses, bingo, beano games and electronic table games

What About Online Massachusetts Casinos?

Currently, there is no legal online casino betting in Massachusetts. However, MA citizens can still visit licensed casinos to play their favorite games. As for the risk-takers, you can place your bets on international bookmakers that allow all players from the US. Take note that this is, however, not secure as the state laws do not identify with the foreign online casino platforms.