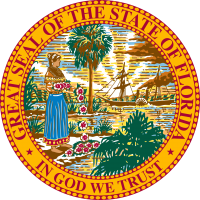 Gambling in Florida is mainly dominated by tribal casinos, with one tribe claiming exclusivity every time the question of online gambling is on the table. Since the license will hold until 2030, Florida gamblers can play sweepstakes at Chumba instead.

Since it might take some time for online gambling to be regulated in Florida, you can play sweepstakes on Chumba Casino instead for the chance to win real money!

Forget the lavish beaches and the cool ocean, Florida harbors 39 different land-based gambling facilities that offer a wide range of betting games to locals in the state. However, things haven’t always been this straightforward in matters related to gambling. It was a long and tiring journey that started in the days of the great depression, and there’s still a long way to go.

Right now, locals are crossing fingers waiting for the day when online casinos will become legal so that they stop fighting the temptation of going to an offshore platform. But how long will they have to keep waiting? Spare a couple of minutes of your time to read this gambling guide so that you can understand your current options, and why regulation of online gambling like for NJ Online Casinos or Pennsylvania Online Gambling won’t be an option in the foreseeable future.

Is online gambling legal in Florida?

Online Gambling in Florida has not been regulated and will probably not be until tribal casinos lose their exclusivity in earliest 2030.

What is the legal gambling age in Florida?

The legal gambling age in Florida is 18+ for lottery and bingo and 21+ for other casino games.

History of Gambling in Florida

While other forms of gambling were approved by the state back in the 1930s, it took 50 more years for the authorization of casino-style game. Bingo was the first entrant in 1970 and it was allowed under charitable games. However, at that time the Seminoles tribe took things to a more commercial level and they started offering high-stakes bingo. This marked the beginning of tribal gaming in the state.

In 1986, voters voted in the approval of a state lottery in a ballot, but they weren’t ready for casino gaming yet. They voted the casino question down in a landslide on the same date they voted in the lottery. After 8 years, poker became legal in Broward County, but it took another two years for statewide approval, in 1996.

After lots of failed trials to permit casinos on Seminal land, the state finally gave the tribe mandate to run their own casinos in 2004. Voters also approved slot machines, video poker and electronic gambling in the referendum. In 2007, the Seminoles landed a compact with the state to operate house-banked slot machines and table games, known as Class III gaming under the Indian Gaming Regulatory Act of 1988.

Dana Young, a State Representative, introduced HB1233 in March which proposed the creation of a framework for 2 land-based casino resorts to be located in South Florida. She also recommended the continuation of slots gaming at dog racing tracks but the same bill talked of abolishing of live racing of greyhounds. She further proposed that should a casino resort be established, the tax rate for slot machines on pari-mutuel betting would be reduced to 25% from 35%.

However, in April 2015, all casino-related provisions were taken out of HB1233 by lawmakers in the state, shutting down the likelihood of building the two casino resorts. The bill was refiled with allowance for greyhound racetracks to operate other forms of gambling should live racing be stopped. It was then passed the House Finance and Tax Committee and it progressed to the last stage.

In May 2015, James Billie, Chairman of the Seminole Tribe, issued a letter to the State legislature raising a proposal for the Tribes efforts to extend its State compact by one year. The Seminole tribe later filed an appeal in June 2015 requesting the court to review its ruling that allowed slot machines at the Gretna racetrack and introduction of more slot machines into the state. The tribe was worried that this would negatively impact their casino operations. To the relief of the tribe, the First District Court of Appeals overturned the decision to install gaming machines at the Gretna racetrack in October. The case was then taken to the Supreme Court for further review, and again, the court ruled in favor of the tribe two years later.

The state lottery also moved to expand their services after Appropriations Sub-Committee on General Government then approved SB402 in November, to permit the sale of lottery tickets from point-of-sale terminals.

Since the previous tribal-state compacts had expired in July Governor Rick Scott introduced a new Tribal-State Gaming Compact to the House and Senate for discussion in December. In the same month, Senator Maria Sachs introduced a bill SB1198 for the establishment of a separate department of gaming with amendments of the existing commissions and departments given that the local gaming industry was expanding.

In February 2016, amendments were proposed by Joe Negron to the state-tribal compact tabled by Governor Rick. The modifications included a clause that was to allow all voters to make decisions on gambling expansions and the right to operate casinos. The proposed bill, however, died after March given that no action was taken prior to the deadline.

IGT also bagged a win in 2016, after the company was awarded a 15-year contract to supply the Florida State Lottery with support services.

In that year’s November referendum, St Lucie and Duval Counties voted to allow gaming machines at pari-mutuel wagering facilities and jai alai frontons. Since the tribal-state contract had already expired the previous year, there was an ongoing court case that was to determine whether the Seminal Tribe should continue offering blackjack games in their casinos. District Judge Robert Hinkle ruled in favor of the tribe, giving them a 14-year extension of offering the blackjack games.

This was generally a tough year for the bid to expand gambling in the state, primarily due to exclusivity rights of the tribe. There were a lot of disagreements in the Senate and the House between January and May. Bills such as SB8 and HB7037 which touched on the tribal-state gaming compacts were dropped because lawmakers failed to agree on specifics of the bills.

In April, the Florida Supreme Court agreed on the constitutional amendment to allow voters to have a say on matters concerning the expansion of the gambling law. However, this did not include gambling facilities on tribal land. Initially, lawmakers were the only ones who made the decisions on the matter. The amendment received landslide approval by voters when the question was put to the vote in the November referendum the following year (2018).

The Seminole Tribe, on the other hand, finally had a sigh of relief when Gov. Scott signed an agreement that guaranteed the tribe exclusivity rights on banked card games in the state, until 2030. Owing to this agreement, the state wasn’t allowed to expand gambling. It is this compact that has curtailed any attempt to introduce interactive gaming as the tribe keeps telling legislators to honor the agreement. It’s no wonder why bills like HB1111 and HB7067 were dropped like a hot potato in legislative sessions between January and March 2018.

By February 2020, there was still no room for expansion of the gambling laws to legalize interactive gaming given the exclusivity rights for the tribe.

What does the future hold for Gambling in Florida?

In a nutshell, there’s very little hope for the expansion of gambling in Florida to online gambling, given that the Seminole tribe keeps pulling their exclusivity card. The only way things may move forward is unless the state actively involves them in decision making. Otherwise, the current deadlock will persist until the current tribal-state compacts expire in 2030!