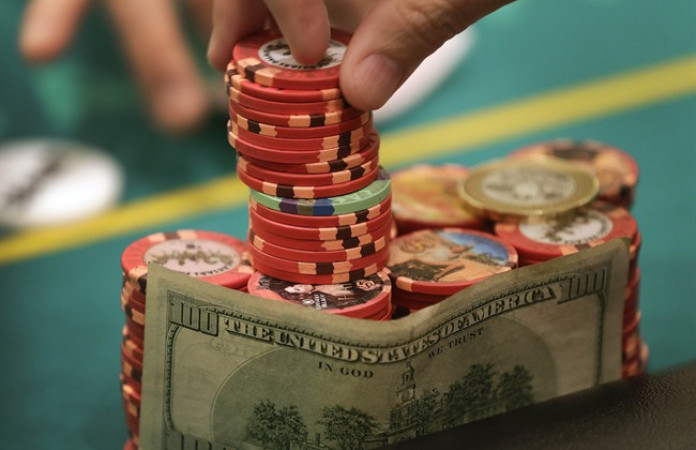 The most infamous roulette betting system of all time is called The Martingale System. It’s a strategy most gamblers often come up with themselves after a bit of thought put into the game, and it has a very strong logical base. The general idea is that every time you lose a red/black bet, you just double your bet and play again. Eventually you’re gonna win and therefore recoup all of your lost bets with that winning bet. It seems like an unbreakable strategy, but it has some pitfalls. Let’s learn all about The Martingale Strategy:

How the Martingale System Works

The Martingale strategy is very simple to understand; every time a player loses a bet he or she doubles the bet. For instance, let’s say your initial bet is 10 units and you lose the first spin. The next bet would then be 20 units., which makes your total bet 30 units. If the second spin is a winning one, you will receive winnings of 40 units.  You only won one of the two bets, but you are still ahead by 10 units. Let’s look through some different cases:

As you probably notice, no matter how many times you lose, you always end up with 1 unit of profit when your bet finally wins. If your strategy is to always bet on red, this would mean that as long as the ball lands on red in the foreseeable future, you will make a profit of 1 unit. The Martingale System is beautiful in that way, it is a guaranteed winning roulette betting strategy in the long run, given that you have enough resources to cover the exponentially growing bets.

Now, let’s shift some attention to the probability of streaks and the odds. Every single even-money bet wins 18 times and loses 19 times across the European wheel. This totals a loss risk of 0,5165, or 51.65%. To lose two times in a row, you would need to multiply the two individual loss risks, 0,5165 * 0,5165, or add the exponent 2. For every round that is played, and lost, the same principle will be applied to the next bet, which gives us the formula 0,5165 * 0,5165…n times, where n=the total number of betting rounds. This formula could also be presented 0,5165^n. To calculate the win rate we simply invert the formula and end up with the final Martingale system odds:

Return Rate of The Martingale System

In theory, the Martingale system is a fool proof betting system that will always return a unit of profit given that the roulette wheel gives us a (red) result at least once in the infinite future. However, for this to stand true there are some conditions that need to stay true:

Since there is a theoretical possibility that we will never see a red result on the wheel again, the real return rate of using the Martingale system is zero. However, since none of these conditions generally stay true, there will be a very high chance of winning very small profits. There is also a very small risk of losing a very large sum of money, and as the betting amount goes up exponentially, the risk of “catastrophic failure” in terms of bankroll increases equally as the chance of winning. As the casinos often use minimum and maximum bet limits, there is a system “cut-off”, which affect the return rate of the Martingale system.

While the Martingale strategy will win most of the time, chances are that a devastating or an unpleasant loss could accompany you in sequence without warning. In fact, if you play using this strategy repeatedly, you risk losing your entire previous winnings. Despite being a popular strategy, it comes with its flaws. In just a single sitting, you risk losing everything.

Let’s begin with the good. By using the Martingale betting strategy, you have a chance of winning plenty of your sessions –over 80-90% at most times, depending on the maximum bet of the casino. Better yet, you have a good chance of doubling up your wager in case things don’t go as planned, especially when pursuing the 10 unit win. As you saw in the table above, by the 7th bet you have a 99% chance of winning.

On the downside though, the Martingale strategy may end up leaving you with an unpleasant roulette gaming experience. At times, you may encounter several losses in a row not forgetting that you’ll need to wager huge sums of money in order to win those meager 10 units. Sometimes, you may be faced with 7, 8, and 9 losses in a row. Also, since the system is based on doubling your bets, the betting amount will rise exponentially. This means that a bet of 1 unit will after 7 rounds of betting add up to 127 units in total. Therefore it is very important to keep track of your bankroll and only bet a unit that you can afford to carry through the whole system.

Origin of the Martingale Roulette System

There seem to be no common ground as to where the name Martingale came from. There are those who believe that it originated with Henry Martindale, a London-based casino owner way back in the 1700s and slowly altered its pronunciation to Martingale and not Martindale (note the “d” and the “g”) since somebody incorrectly transcribed the word.

Still, there is a very small body of scholars who managed to trace the name to a mythical fog-shrouded island whose natives were known as the Gales or the Martins. Having played the Martingale for colored rocks and sea shells, it killed all of them making them to be extinct.

From the above theories, it is clear no one understands the origins of this system or where it got its name. There’s no one with valid information regarding the time and place where this strategy was initially played. But all who have played using this system have argued that the experience hasn’t been good at all.

The straight-up Martingale system is a bit more complicated strategy and the benefits (or caveats) will be roughly the same; you end up in the same place as those who rely on the Martingale system. The strategy assumes a player will win before the 35th spin to bring the fortunes at par with his losses, assuming the stake is the same unit throughout. Unfortunately, sometimes this doesn’t happen and may lead to extreme losses.

Below is an illustration of this strategy

Things have started taking a new twist, since the player can’t go on betting with a stake of 20 units because if the player doesn’t win the following 18 spins using the 20 unit stake, his bankroll will be down 720 units. As more betting rounds continue you will realize that you have to increase the amount of money you bet for you to win which reduces the number of spins for that session. The money you intended to bet is tremendously decreasing and also your exposed risk is running high.

This strategy works well if you hit early before the 35th spin. Surprisingly, it is uncommon for a majority of gamblers to quit even if they are ahead. Most players don’t get satisfied when they hit early. As a word of advice, avoid this style of play when possible. The return to player percentage (RTP) for this type of strategy is 94.74% for the American wheel and 97.3% for the European wheel.

Since the Martingale system is considered a dangerous method of betting, some players feel that the Grand Martingale is a good option. But again, this is not a wise betting strategy to rely on. Unlike the Martingale strategy, here, players no longer double their losing bets but go even higher. If you bet 10 units and lose it, the next bet may rise to 30 units. If you lose, then it goes to 80 or 90 units.

Proponents of this strategy assume that if they double their bets and include the previous loss they will win more. Whereas, in short term it might work, but if that doesn’t happen, it leads to a devastating loss. This strategy doesn’t work because winning streaks are likely to be a few since you will reach the house maximum bet soon. Again, as much as possible, avoid this betting strategy.