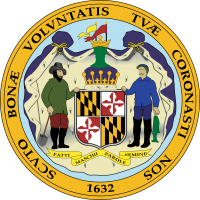 Looking for a casino in Maryland? We list where to find them, and the current gambling situation.

While Maryland player cannot play on regulated online casino sites, there is still a possibility to play sweepstakes at Chumba Casino.

Maryland is one of the US states that have been swinging back and forth between the prohibition and legalization of casino gambling since the 18th Century. Even so, Maryland still managed to push forward with regulation of gambling so that the state could rake in more revenue from the gambling activities. The state first started with legalizing lotteries the late 20th century before moving on to land-based casino gaming in the 2010s.

As far as the state has come, there’s still a lot of room for expansion, especially in the form of interactive casino gaming, complete with regulated mobile betting services. In the near future we hope that Maryland will reach the same level of gambling regulations that New Jersey Online Casinos experience today. Let’s take a quick look at how gambling began back in Maryland before it became what it is as at today.

Is online gambling legal in Maryland?

Online gambling in Maryland is not yet legal, but will be soon as MD must follow the lead of its neighboring states.

What is the legal gambling age in Maryland?

The legal gambling age in Maryland is 21+ for casinos and 18+ for pari-mutuel wagering.

History of Casino Gambling in Maryland

Lottery betting was approved in Maryland back in 1972 by voters through a constitutional referendum. The first ticket was sold in May 1973 with the early drawings being lottos of pick 3 and 4 variety while the first scratch-off ticket was sold in February 1976. To date, State lottery sells scratch-off and lotto tickets which are available at given stores in the State.

However, even before the state lottery was officially launched, there was an explosion of slot machines in the 1950s in Maryland. Unfortunately, the name ‘Little Vegas’ which the state had acquired around that period died down after the law struck down legal slot machine gaming and stopped renewing licenses in the ‘60s.

Decades later During the 2008 referendum, voters approved the establishment of VLTs in five private facilities. Come 2012, the legislation of table games was approved at land-based casinos and one private facility. In the same year, the State considered licensing and regulating interactive poker before the matter was dropped.

Come July 2015, IGT then introduced GTECH Corporation as its subsidiary having agreed on a 5-year extension deal with Maryland Lottery and the Gaming Control Commission over the control system for VLTs. IGT was also granted the continued operation of the central monitoring system at the licensed facilities as well as the MGM National Harbour which was expected to be launched before the end of 2016.

A month later, in August 2015, the Gaming Control Commission and the Maryland Lottery recommended the annual payout percentages from slot machines to be between 87% and 95% after the 5 licensed casinos had suggested the payout to be lowered to below 85%.

The sale of lottery tickets via the internet was then proposed to be prohibited after Delegate Eric Bromwell introduced legislation in March 2017. HB 0813 was later considered by the House Ways And Means Committee which was then passed unanimously. The bill progressed to the Senate Committee on Rules.

By April 2017 HB0813 was passed unanimously by the Senate to ban the sale of lottery tickets via the internet. However, amendments were made on the bill and were to be approved back at the Senate before it could be signed into law by the Governor. As a result, it became official that there was no possibility of selling state lottery tickets online in Maryland.

Scientific Games then won a procurement tender in May 2017 of an 8-year contract to supply and operate the state lottery’s central monitoring and control system.

Where Can I Play at a Casino in Maryland?

Five Maryland land-based casinos offer electronic gaming machines as well as live table games round the clock. The casinos are as highlighted in the table below:

Voters approved casinos through a statewide constitutional referendum in November 2008. All the licensed Casinos are monitored by the Maryland Lottery and the gaming control agency. Hollywood Casino in Perryville was the first to be launched on September 17, 2010. Ocean Downs was then opened in 2011. Maryland Live! Was then launched in 2012 with Rocky Gap Casino being opened in 2013. Horseshoe Casino opened in 2014 with MGM National Harbor being launched in 2016.

Summary of Casinos in Maryland

Various gambling activities were regulated at different times in Maryland State. The state lottery was unveiled in 1972, Bingo in 1952 and casinos in 2008, and the minimum legal gambling age is 21.

Maryland does not permit online gambling except for online horse racing as per the State regulations. However, there is a “talk of change” that could see online gambling introduced in Maryland in the near future.

Future of Casino Gambling in Maryland

With the neighboring states gaining from gambling services offered by online casinos, Maryland State lawmakers may just have to follow suit. There have been talks of there being a chance that things could change in the coming years, but so far, it doesn’t seem like the change will take place any time soon.

State officials still insist that the State is contented with the revenue obtained from the land-based casinos and thus, they are reluctant to push for expansion of these laws. Therefore, for now, if you are a Maryland resident yearning to enjoy interactive casino gaming, New Jersey is not too far away!