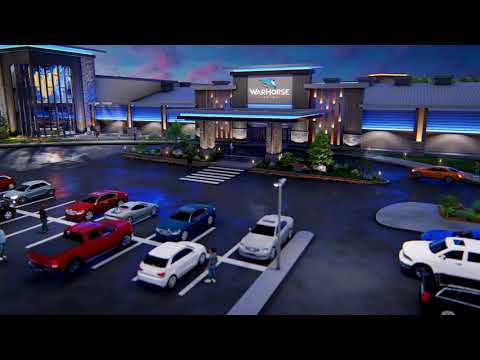 Multiple members of the city council and company were in attendance, giving a speech to the crowd gathered for the ceremony. The development project will renovate the entire Horseman's Park complex and add more than 60,000 square feet in expansions.

The building will be ready for guests by spring of 2023 but will remain open to guests for the foreseeable future. While the building is being renovated, simulcasting will be temporarily transferred to a makeshift facility already present on the track to continue operations.

The parent company of WarHorse Gaming, Ho-Chunk Inc., has explained that the building renovations will be integrated into the facility. The entire casino, entertainment and racing complex is projected for an early 2024 release. Its construction cost is expected to be in the $250 million range, up from the first estimates of $220 million due to inflation.

Lance Morgan, the CEO of Ho-Chunk Inc., said the company would not be asking for more than the $17.5 million tax-increment funding (TIF) awarded by the Omaha City Council. Aware of the controversies surrounding TIF requests, the company will be investing one-third of the TIF granted into infrastructure upgrades to Q Street, as Morgan believed that the current street system would not be able to handle the 1 million yearly guests WarHorse Gaming is predicting.

"I think it's incumbent upon us and the city working together in order to get something that can handle the traffic," Morgan said.

The Nebraska horse racing scene sharply declined after the Ak-Sar-Ben racetrack's closure in the 1990s. However, Garald Wollesen, president of the Nebraska Horsemen's Benevolent and Protective Association, has said in an interview that he believes the planned complex will help build the horse racing scene back up again.

Nebraska voters have passed a series of ballots to permit the increase of casino gambling operations at horse tracks, allowing WarHorse Gaming to create their innovative hybrid casino project. The company is doing everything possible to start operations as fast as possible.

The process of navigating the regulatory processes and paperwork took many months for WarHorse Gaming. The Nebraska Racing and Gaming Commission created over 60 pages of rules and regulations for casino gambling. These rules were submitted in December 2021 and were finally approved by Gov. Pete Ricketts in May 2022. As of present, casinos are only able to be developed in six counties across Nebraska — Omaha, Lincoln, South Sioux City, Columbus, Grand Island and Hastings.

WarHorse Gaming is not the only party excited about the renovation works. Dennis Lee, chairman of the Racing and Games Commission, has expressed interest in the WarHorse complex as he believes it will boost Nebraska's economy through concerts, events and increased traffic to dining establishments.

The company has released rendered images that display the proposed renovations to Omaha's Horsemen's Park. However, WarHorse Gaming has not released a statement about the planned name or specifics about the facilities available in the complex.