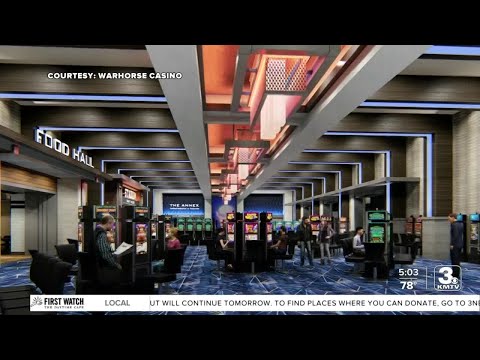 Dennis Lee, Chairman of the Nebraska Racing and Gaming Commission approved on Thursday of the fee structure for gaming licenses. His approval is the last step to allowing any casino operators to send applications to open up in the city.

Ho-Chunk Inc. subsidiary WarHorse Gaming with the Nebraska Horsemen’s Benevolent and Protective Association immediately take the opportunity on the same afternoon. They applied for licenses to operate a casino in Lincoln and Omaha, said Lynne McNally, executive vice president of the horsemen's group. They are the first and only applier on Thursday.

The filing happens 19 months after voters agreed to the operation of casino gaming at the horse racing tracks of the state. The filing is also three weeks after Governor Pete Ricketts signed the rules which the commission has approved since December last year. The Governor is known to have opposed the idea of casino gambling in the past.

Voters approved the language of fees in 2020. The fees also count for casino operator licenses costing $5 million where $1 million is paid on application time and the other $4 million is divided into $1 million per year for the duration of the license. The licenses are valid for 5 years.

Tom Sage, executive director of the Racing and Gaming Commission said the fees approval is the next step in the startup process of casino gaming. "This is huge for our state," he said.

Sage said the application might be processed for 30 to 60 days. It will then have to be accessed and approved by the Racing and Gaming Commission.

The provisional licenses allow operators to start preparing for the casino including finding the financial source, equipment ordering, as well as starting the construction of the venue.

"The second we get the provisional licenses, we're going to break ground at both locations," said McNally. She said the groundbreaking ceremony is expected to happen in July for the Lincoln site.

Lincoln Race Course project will cost $220 million and is expected to complete in 18 to 24 months. The casino will have 1,200 gaming stations, a 196-room hotel, event space, a spa, as well as many restaurants.

The officials in Lincoln are not waiting for the construction and are opening a temporary casino floor. It will be located in a simulcast building around U.S. 77 and West Denton Road. It will open in summer with 300 slot machines available.

WarHorse plans to open a temporary casino as well in Omaha at Horsemen’s Park. But the facility can not hold 800 slot machines at least until 10 months after construction.

WarHorse is in need of more funding as well as looking to borrow $560 million for the construction of the casinos as well as the one in South Sioux City.