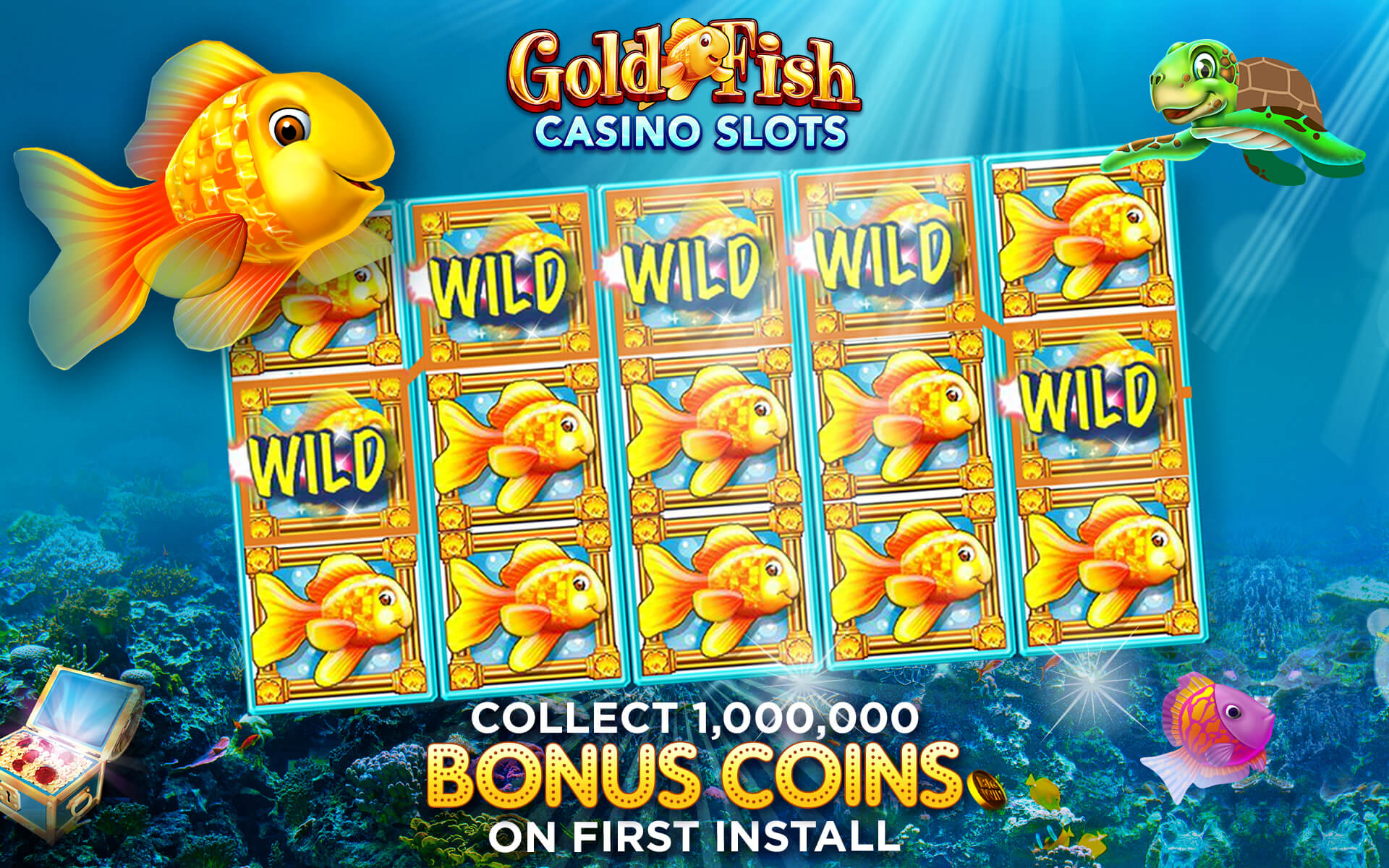 Get $20 FREE at 888casino and Play the Goldfish Slot for Real Money!

Having been launched back in the year 2011, Goldfish Slot is indeed a popular and well-appreciated game among gaming diehards. Goldfish Slot is a brilliant WMS creation, with numerous variants to it given its popularity.

It started out as a casino game, but today players can enjoy mobile gaming with this video slot. The best thing with the Goldfish Slot machine is that it retains the visually appealing graphics and lucrative payouts that existed in the original Goldfish game.

Featuring 25 pay lines and the standard five reels, Goldfish Slot welcomes players to a relaxing background of a huge and colorful fish tank, with sun rays streaming in from the top, and brightly colored fish swimming around happily. We all love goldfish. Not only for their stunning beauty but also for their nice and quiet nature. As such, from the very moment a player starts the game, they will be transported to a blissful and peaceful place.

Coupled with this is a high RTP (96%), which guarantees gamers some lucrative rewards. Goldfish Slot is available for play both on mobile version and desktop versions. The main feature of this fantastic slot is the fish food bonus round and the random fish feature. Additional features in the game include wilds, extra spins, and scatter pays.

How to play Goldfish Slot

It is no surprise that all the icons in the Goldfish casino slot are related to fish. The lowest ranking symbol here is the underwater plant, followed by the net, brightly-colored underwater creatures, the shellfish, and the turtle, as they increase in value in that order. Fish colored differently are next in line, with their order of value increasing from green to blue, then to purple, white/red, and finally gold.

All the fish icons in the game come with different winning combinations as below:

As soon as a fish tank filled with bubbles shows up, the player will be asked to choose a bubble, which then reveals the cash prize earned. There is one generous bubble that is worth 500X a player’s line bet, and it unleashes all other bubble prizes.

This icon comes with a magic-scatter feature, awarding a player anything between 1-3 spins. With the bluefish, it really does not matter how the icons align themselves upon spinning the reels; winning combos are guaranteed. If your earned free-spins don’t appear on the reels there is a 10X multiplier guaranteed.

The purple fish makes a grand entrance into the water tank, blowing air bubbles, each of which contains a number. Be on the lookout for how three of these will align themselves to give a random 3-digit figure, which will then be used to multiply the current line bet.

As soon as the redfish lands into the tank, several playing accessories are made available. These accessories are those that you would expect to find in a usual fish tank, including a treasure chest and a castle. The trick here is in choosing an accessory that the fish will most likely love. While a cash prize is guaranteed, the return is better if the fish loves your accessory of choice and goes ahead to kiss it.

When the goldfish is around, you can be sure that things at the Goldfish Slot Casino are about to get heated! A player is expected to choose one bubble from among five, revealing a number of free spins (up to 20) and multiplier bonus rounds (usually 2X to 10X).

Goldfish Casino App is much more than just dropping off colorful fish into a fish tank; you will need to feed them regularly too, lest you find them floating dead on the tank’s surface.

The goldfish food bonus round is triggered when a player lands at least three of the fish-food scatter icons. Once this is triggered, the screen fills up with different colored fish delicacies. The task here is feeding them to different fish types, with the biggest reward being in feeding all types of fish in the tank. The food is valued differently. However, a really lucky player can earn an instant pick when they land three gold turtles.

Absolutely. Provided it is an amount that is within your betting limit.

What makes Goldfish Slot machine a high-paying one?

Its high RTP and volatility. In addition to this, there are quite some numerous winning combos.

How do I go about winning big at Goldfish Slot?

You could try out the gameplay on demo mode before proceeding to play for real cash.

What is the highest valued symbol in Goldfish Slots?

The Goldfish icon is the highest valued symbol.

Is there a progressive jackpot at Goldfish Slot?

No. However, the existing bonus rounds are highly lucrative.

Goldfish slot is truly a darling among most gamblers, and its transition from a slot machine to an online casino platform makes things even better. Its simplistic vibes, great reputation, and enjoyable gameplay are some of the reasons that draw many players to it. Its special five-fish feature is also an add on, leaving players smiling all the way to the bank.