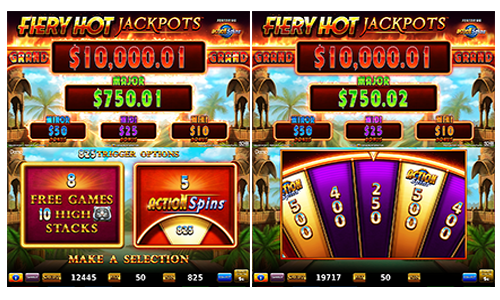 Get $20 FREE at 888casino and Play the Fiery Hot Jackpots - Golden India Slot for Real Money!

The Fiery Hot Jackpots – Golden India slot is a popular slot game in the Fiery Hot Jackpots series by Scientific Games and WMS. It is one of a few Asian-themed slot games that are based on India. The game gives players a subtle feel of the second-most populous sub-continent, along with its mysticism!

Most importantly, players get to have fun and, if lucky, win substantial prizes. Here is a comprehensive overview of everything there is to know about the Fiery Hot Jackpots – Golden India slot.

Playing Golden India is an easy, enjoyable, and thrilling affair. Following is a step-by-step guide:

The Fiery Hot Jackpots – Golden India slot is themed around Asia. However, unlike most other similarly themed slot games that mostly focus on China and other Asian countries, this slot game focus on India. This is apparent from a first glance, as the symbols are inspired by the Indian culture and the background is reminiscent of Indian palaces. The music will also place you in a mystical context and get you in an excited and winning mood.

Overall, Scientific Gaming does an excellent job of personifying the Indian theme. Additionally, that game’s graphics are reflective of the technological advancements gained thus far, considering that the game was released only recently at the start of 2020. The game’s elaborate design makes for an immersive playing experience!

The Fiery Hot Jackpots – Golden India slot makes use of some of the continent’s most iconic symbols. These include five main high-paying picture symbols and four low-paying alphabetical symbols.

The five main picture symbols are: a pot of gold coins; a beautiful lotus; a fierce cobra; a majestic elephant; and a beautiful woman clad in traditional Indian clothing. The four alphabetical symbols are J, K, Q, and A. It is also worth noting that there is an additional wild symbol styled as a fierce White Tiger.

As mentioned, the tiger symbol functions as the wild. The tiger symbol can be substituted for any other symbol, including the pot of gold bonus symbols. Landing at least six pots of gold symbols simultaneously unlocks the bonus round. Players have two options for the bonus round: free spins or action spins.

Choosing the free spins options will earn you as many free spins as the number of pots on the slot machine. However, you can still win more free spins and other prizes by making good use of the extra wild symbols that appear during free spins.

Choosing the actions spins, on the other hand, will play out only three bonus games. However, multipliers are applicable in action spins – to this end, a black pot multiplies payouts for action spins by X0.5, while a gold pot multiplies it by as much as X1.5.

P.S. You can trigger the Wheel of Fortune bonus wheel if a picturesque image of a palace on a river stops at one of three distinct locations on the screen. The wheel’s sections hold a wide range of prizes, including free spins, action spins, and multipliers.

The Golden India slot game is just as adventurous as the country itself. It offers the following in-game features:

Players can enjoy a hands-free gaming experience by using this game’s auto play feature. Additionally, players can determine what the autoplay feature does in terms of wagering amounts and spinning times.

Turbo Mode is an additional feature that gets the wheels spinning faster, consequently increasing the game’s thrill and boosting your chances of winning.

Players can win an unlimited number of free spins, depending on their luck. Free spins are triggered once at least six gold pots appear. Additionally, players can win free spins on the Wheel of Fortune bonus.

Action spins partly work like free spins. However, there is one catch: the number of free spins is limited to three. There is also one reward: multipliers are applicable in all three of the free spins. Action spins are triggered during the bonus round.

The Wheel of Fortune bonus is one of the rarest features of this slot game. This feature is only triggered once a picture of a palace on a river lands in any one of the three middle reels. The wheel offers a range of bonuses, including free and action spins.

Can I play the Fiery Hot Jackpots – Golden India slot for free?

Yes, you can play Golden India for free, but only in demo mode. This means that you will only get to explore a part of the game. It also means that any prizes won will be virtual.

Where can I play Fiery Hot Jackpots – Golden India?

Golden India is available on a wide range of online casino platforms. However, players are urged to check that their chosen platform has a secure connection to the web. It is also worth noting that different platforms offer different bonus amounts.

Golden India slots game is a rare jewel in a world full of Asian-themed slot games. It offers just a glimpse of the Indian culture, and the best part is that players can share in the country’s treasures by winning!