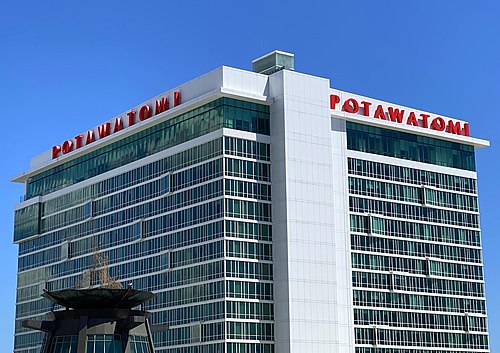 Major League Baseball's Milwaukee Brewers and the Potawatomi Hotel & Casino in Wisconsin have announced a multi-year partnership arrangement. The casino will be the team's sole casino partner.

As a part of the agreement, a new Potawatomi-branded entrance will be built on the right-field side of the team's home baseball stadium, American Family Field.

"Being both neighbors in the Menomonee River Valley and partners for over the past two decades, our mutual commitment has been a win-win. We look forward to the increased dedication and collaboration."

The Brewers intend to unveil further components of the agreement later this season since they have not provided any additional information relating to the cooperation.

Furthermore, the relationship between Brewers and the casino has been set as Potawatomi'sPotawatomi's priorities for a while.

"Renewing our partnership with a championship-caliber team like the Milwaukee Brewers has been a top priority and will once again serve as a key component in our brand identity," said Potawatomi CEO Dominic Ortiz.

"Our respective organizations have been part of Milwaukee's fabric for many years and are poised to remain key drivers in our city's entertainment and tourism landscape for decades to come."

The gaming industry in Wisconsin

The gambling business in the United States grew and expanded throughout the first decade of the twenty-first century, albeit at a slower pace than in the preceding two decades. The profile in Wisconsin, on the other hand, was the polar opposite. After the Wisconsin Legislature established the lottery in 1989, gambling surged at an incredible rate.

Wisconsin's legalized gambling began with the establishment of a state-sponsored lottery and the sanctioning of dog racing by the Wisconsin Legislature.

Soon after, the state's Native American Tribes, who had previously operated high-stakes bingo parlors, entered casino gambling after winning federal government clearance in the courts following the passage of the Indian Gaming Regulatory Act by Congress. Throughout the 1990s, gambling grew at an exponential rate.

On the other hand, Wisconsin has not provided any real money internet casinos or commercial casinos to this day.

According to the American Gaming Association, gambling is only permitted in one of Wisconsin's 24 tribal casinos.

The good news is the Forest County Potawatomi Community, and the state of Wisconsin inked a contract in February that authorizes in-person sports gambling at its two casinos, including the Potawatomi Hotel & Casino in Milwaukee, the state's largest city.

The deal between the Oneida Nation and the St. Croix Chippewa Indians of Wisconsin is comparable to the addendum approved by Governor Tony Evers.