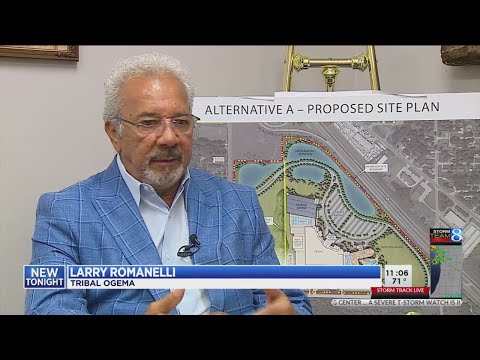 The State of Michigan must finally decide whether the Little River Band of Ottawa Indians tribe may build a casino in the state outside of their reservation area.

The request to delay the decision was recently denied by the federal government on June 6. Governor Gretchen Whitmer must decide this Thursday, June 16 whether to allow the casino project or not.

The Little River Band tribe has asked the state for 12 years to build a casino but it asked for a hard-to-approve location for it. The tribe asked the casino to be built off-reservation which requires approval from the federal government and the state.

The Department of Interior agreed to the project back in December 2020 which means the tribe is currently seeking the governor’s agreement. Her decision on Thursday will be the make or break for the project.

The tribe’s casino is planned to be located in Muskegon County, specifically in Fruitport Township close to the U.S. 31/I-96 interchange. It was the former location of the Great Lakes Downs racetrack.

The casino will occupy 149,000-square-foot in a 60 acres area with a 220-room hotel and requires $180 million to build. It is expected to reel in 1.8 million annual guests. It will also bring $15 million and more for the state and local governments with $1.5 million annually for local charities.

The casino project may have received support from the local community but not from other casinos in the state. Other casinos in Michigan voice their disapproval of the project as they reject the off-reservation gaming venue.

The tribe currently running another casino in Manistee.

The decision was withheld due to the arrival of the COVID-19 pandemic and was reinstated for October 12 this year.

“When it comes to decisions of this magnitude, it’s critical that we have all of the information needed to make an informed decision,” said Bobby Leddy, press secretary of Whitmer.

“The Department of the Interior’s failure to provide necessary information by either extending the deadline for a decision on the Little River Band’s proposal or issuing a proposed finding in response to the Grand River Bands’ acknowledgement petition is disappointing. We continue to review next steps ahead of Thursday’s deadline.”

The Grand River Bands is a different tribe to the Little River Band who currently seeking permission to build a casino. The Grand tribe claimed the location planned for the Little’s project is a part of its ancestral homelands.