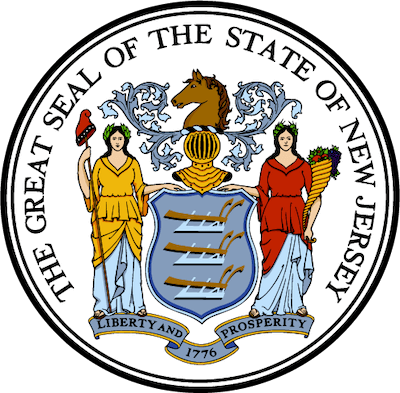 A complete guide to all land-based casinos in New Jersey

Most of the New Jersey Casinos are based in Atlantic City but there are casinos in New Jersey in other parts of the Garden state.

New Jersey has played a leading role in the legalization of online gambling and NJ Casinos were the first to offer online gambling through mobile apps and websites to it’s residents.

Online casino in New Jersey is booming with many casino operators offering a full casino experience to its customers. At CasinoTalk we guide you through the online gambling landscape in the US and in this specific article we list all available casinos in the Garden state.

In this index you will find articles about all the land-based casinos and their online offering.

There are seven brick-and-mortar casinos in New Jersey who are allowed to offer online licenses to casino operators for online casino. These are land-based casinos are:

Bally’s AC is one of the most iconic NJ casinos and has been around since December 1979. In 1997 Bally’s expanded with the opening of The Wild Wild West Casino which is officially part of the Bally’s but is in many eyes considered as a stand-alone casino.

Caesars Atlantic City was the second casino to open in Atlantic City back in 1979. It is run by the Caesars Entertainment group which is the largest casino group in the US.

Their online presence is through Caesars Online Casino which is a very popular online casino in the Garden State.

The Golden Nugget Atlantic City is one of the most fashionable casinos in the Garden State. It might not be the biggest casino in terms of gaming space but the gaming experience is top class.

Golden Nuggets Online presence has been a tremendous success and is the top grossing online casino in NJ.

Borgata has an online presence through the Borgata Casino and BetMGM Casino who are both owned by the MGM International Group.

Hard Rock Atlantic City Casino and Hotel is a rock-themed casino resort in New Jersey. It was formerly known as the Trump Taj Mahal and launched as Hard Rock Casino in 2017.

Tropicana Atlantic City is among the largest casino resorts in New Jersey. The complex boasts a showroom, a spa, a fitness center, and an IMAX theater. That’s just a taste of what this landmark has to offer.

Harrah’s Casino Atlantic City is one of the city’s main attractions. One of three casino hotels in the marina district, Harrah’s is a massive complex that features retail outlets, casual and formal dining options, lots of entertainment, and other amenities including a swimming pool that is situated under a glass dome.

Ocean Casino Atlantic City is the northernmost casino on Atlantic City’s historic Boardwalk. It’s hard to miss. The hotel tower, which measures in at 710 feet tall, is the tallest building in Atlantic City. It also has a big white ball on its roof that changes color.