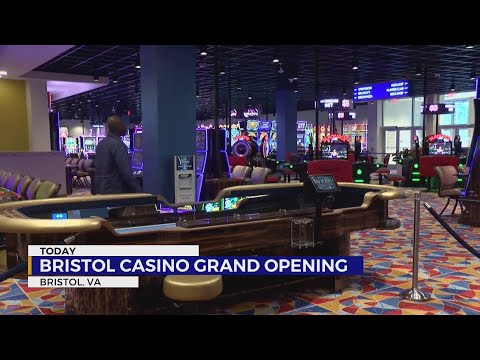 The Virginia Lottery Board reported on Wednesday that the newly established Hard Rock Bristol Casino in Virginia has wagered a total amount of $37,514,972 during its first full week of operation, dated from July 5 to July 14.

During a presentation to the Lottery group, Gina Smith, who serves as the Virginia Lottery’s deputy executive director, said, "The adjusted gross revenue and taxes are at almost $700,000 to the Commonwealth after just the week."

There are two main sources of revenue, which come from the casino and table games. The casino’s 900 slot machines made up more than 90 percent of the revenue, which generated wagering of $34,57 million and winnings of $31,22 million. Table games, on the other hand, had more than $2,93 million wagered in cash play and patrons won more than $2,54 million.

As for the tax revenue, Smith said that slots contributed more than $600,000 and table games generated over $71,200. Within the first week of operation, there were also VIP events that generated adjusted gaming revenue of a total of $100,000. The money raised from the events was donated to the United Way of Bristol, Tennessee-Virginia.

It is important to note that the current casino is just a temporary venue until the upcoming full Hard Rock venue in the state. The full and permanent property is scheduled to open in 2024 with 600 additional slot machines and twice as many table games.

Apart from the revenue, the new casino also generated hundreds of job opportunities for the local communities. According to Smith, the Bristol Casino currently employs 544 employees from various areas, ranging from food and beverage roles to security. Smith added that the local workforce makes up the roles such as table dealers, bartenders, and promotion employees.

Smith also said that the employees were thrilled to have the jobs and that they gave "amazing" energy to the casino. "I have never worked with a better team," Smith said.

"To the people who lived for three months in Bristol and worked nights, weekends and holidays and were on call whenever I needed them—to the people who stayed here to license everybody. If it wasn’t for them, this casino would have never been opened."

Before the casino operated, Smith’s team even spent the entire Fourth of July weekend licensing all of the casino personnel and finalizing background checks.

Other updates on Virginia’s wager industry

Apart from the growing interest in the new casino, Virginia Lottery also reported a total of $3,7 billion in lottery ticket sales during fiscal 2021–22, which came from scratch tickets and online iLottery sales.

According to Executive Director Kelly T. Gee, the scratch ticket sales reached $1,32 billion and the iLottery sales reached $1,27 billion. In the previous year, the lottery industry generated $777 million, which went to public education.

On the other hand, sports wagering exceeded $2,1 billion from January to May 2022, with FanDuel as the state leader of all sports wagers (40,9 percent), followed by DraftKings in the second position (22,1 percent).