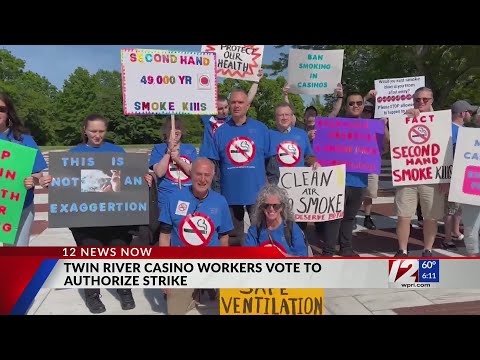 On Tuesday, union members employed by Bally's Twin River Casino cast an overwhelming majority of their votes in favor of going on strike beginning on July 1. The voting took hold on the same day the business announced a deal for one billion dollars to sell and then lease back both of the sites in Lincoln and Tiverton.

The workers voted from 8 a.m. to 8 p.m. A spokeswoman Lynette Ng said that 92% of the workers voted in favor of going on strike as soon as Friday when their contract with the casino ends.

The union, Local 26 of UNITE HERE, wants to hire more people and give them more full-time hours. It also wants wages to keep up with the rising cost of living.

Bally’s appreciation for the workers

According to Providence Business News, a bartender/cocktail server at Bally Valerie Costa said, “Since the pandemic, Bally’s has come back pretty much full strength.” She continued, “The casino is open and very busy, and they’re making a lot of money, so it’s time to show that appreciation to workers by giving us the raises we deserve.”

Costa also said that front-of-house workers, such as bartenders, waitresses, and dealers who get tips, haven't had raises in nine years. Back-of-house workers also need to keep up with rising costs of living.

Costa said that Bally's had given two pay raises of 50 cents to $1, and with the planned opening of a spa and expansion of the gaming floor, they plan to add 100 shifts. Costa says, though, that the company can do better. People are working hard because business is picking up and there aren't as many people working.

The head cleaner at the casino John Gomes said that in the 24 years he has worked for the company, he has never seen conditions like this. “What I want is all people back to work, and I want more money for our families,” Gomes said to PBN. Under current staffing levels, “you’re working, you’re tired … and management is not going to help you with anything,” he added.

The vote does not mean that there will be a strike, but it gives the union's bargaining team the power to call for one. The next meeting between the union and Bally is set for Wednesday. If the union and the company can't agree, the union plans to call a strike.

The vote happened on Tuesday, the same day that Bally's agreed to sell its two Rhode Island casino properties and buildings to Gaming & Leisure Properties Inc. for $1 billion in a lease-back deal. The properties are the Twin River Casino in Lincoln and the Tiverton Casino & Hotel in Tiverton.